Welded in US by Chris Chance, equipped with IRD, Salsa and Mavic

When I saw this FAT Chance Team Comp the first time, I was flashed from the Box Crown fork, signed frame and simple, but astonishing paint job. On top there was the super rare set up of double roller cam mounts as well as G.P Wilsen drop puts. last but not least, beautiful gussets, like a stability arrow on the front angle of steerer and down tube.
I told the previous owner to be ready when he is to sell it. 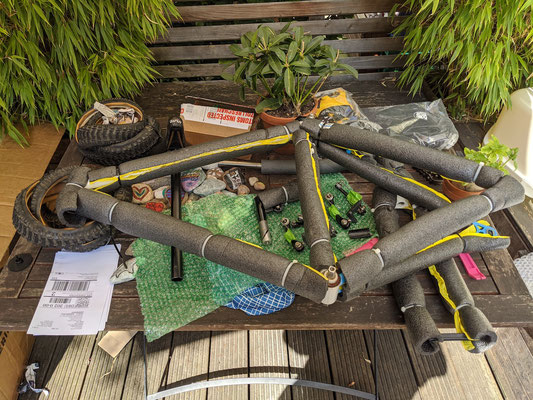 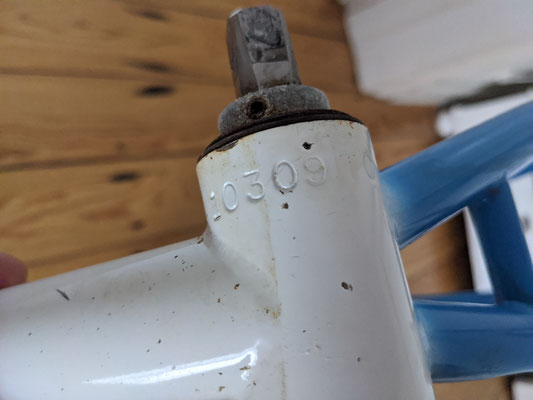 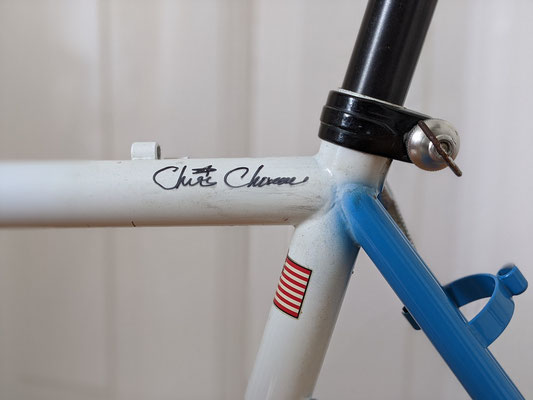 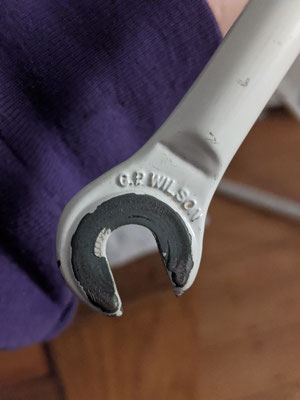 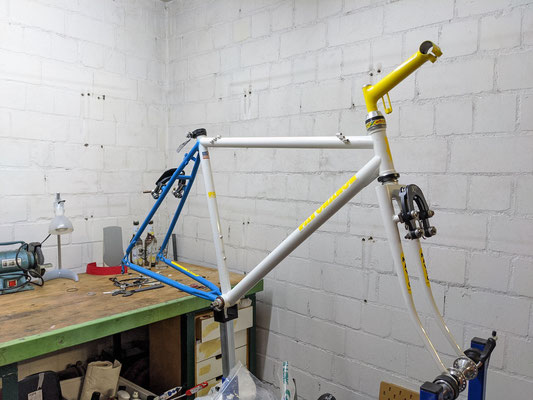 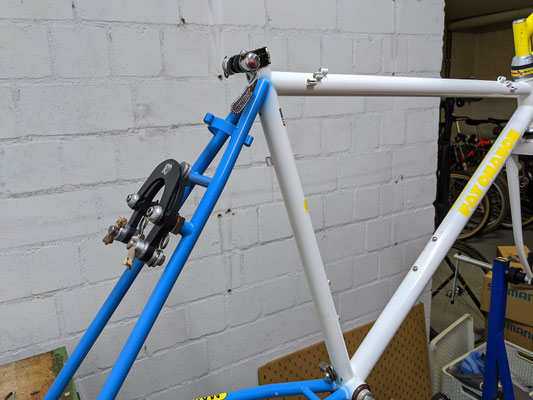 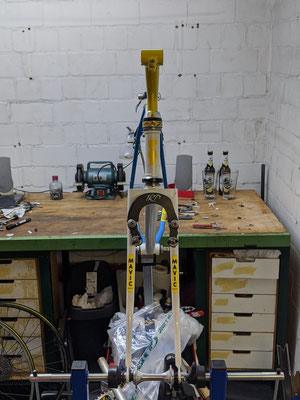 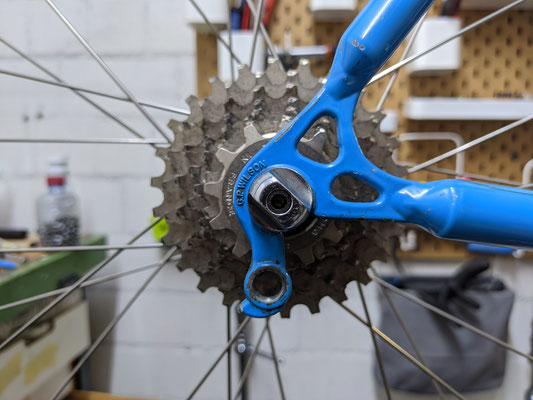 History of the TEam comp

later after a post on social media I got this picture, the version of the second last version, black decal. I was told this bike was hanging years in a shop in California, before the initial owner bought it and owned it for decades. The Mavic decals got added later, same as the signature of Chris Chance, which was added on a FAT aniversary meeting in far later. Def worth to mention the build which attracted me from Martin/Secondspin, second picture (see more details on that build here: http://www.secondspincyclesblog.com/2019/08/fat-chance-team-comp.html 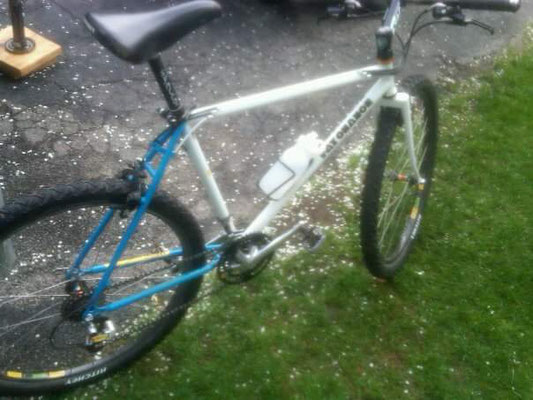 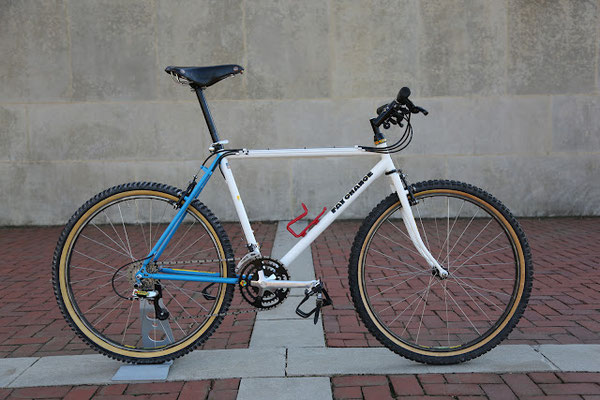 To be honest, it took me two builds to complete my version. Main reason was a missing very small part, one cable hanger of an IRD Rotary brake and black Mavic RD - didnt simply want to copy the Gao build from Martin. So I build the bike with a more hybrid approach of Mavic and WTB. here some impressions. 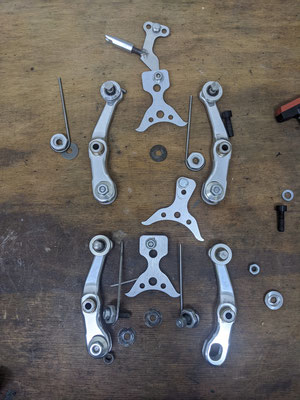 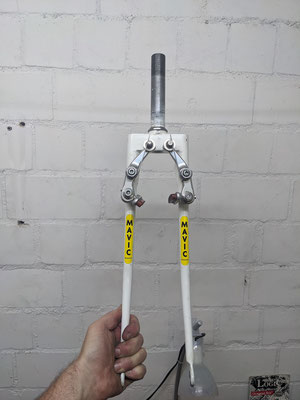 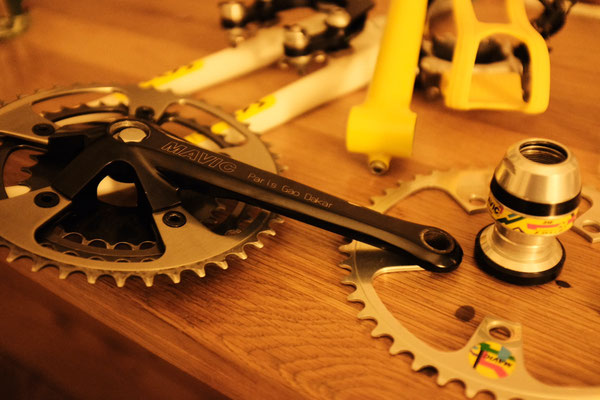 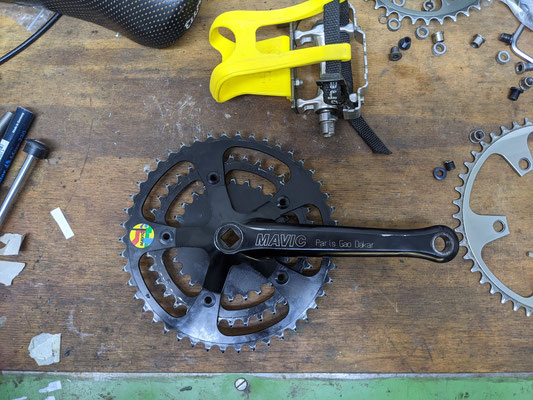 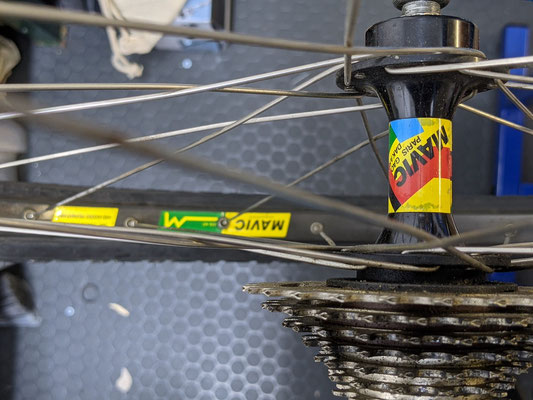 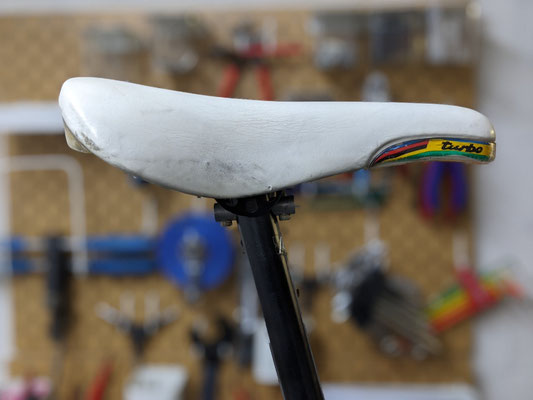 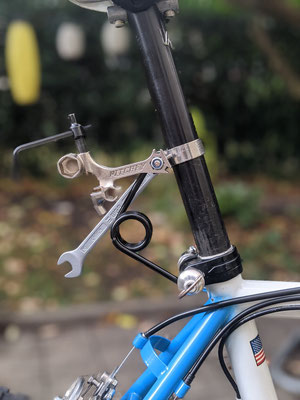 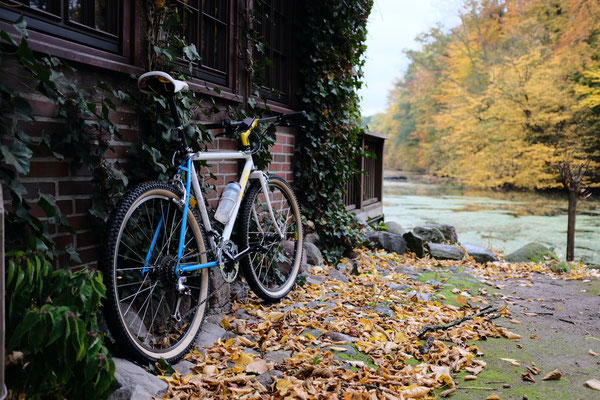 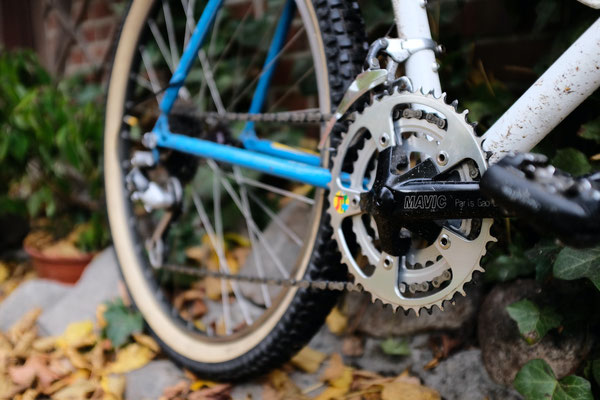 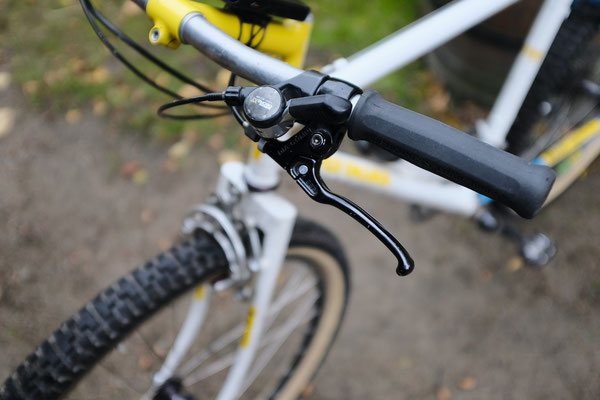 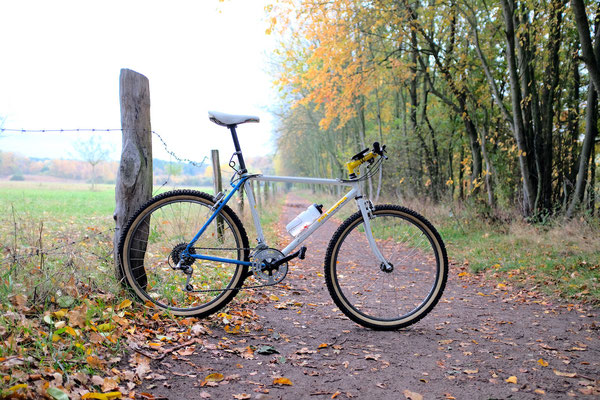 The missing part and final completion

after a few montth I got this cable hanger and changed the build to the inital plan, set up the roller cam brakes with IRD Rotary brakes. I also added the missing Mavic parts, like the Simplex shifter, Gao post and pedals 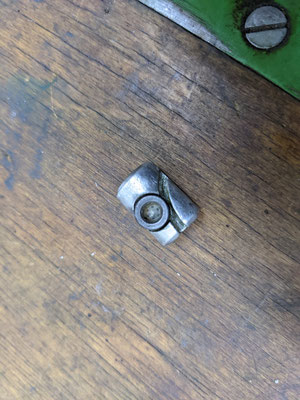 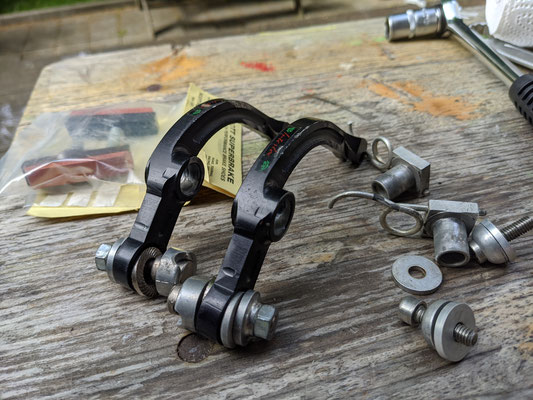 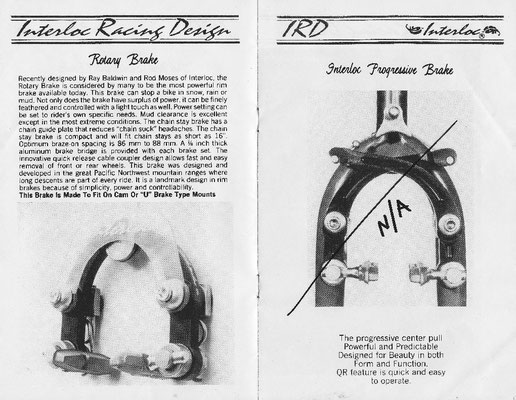 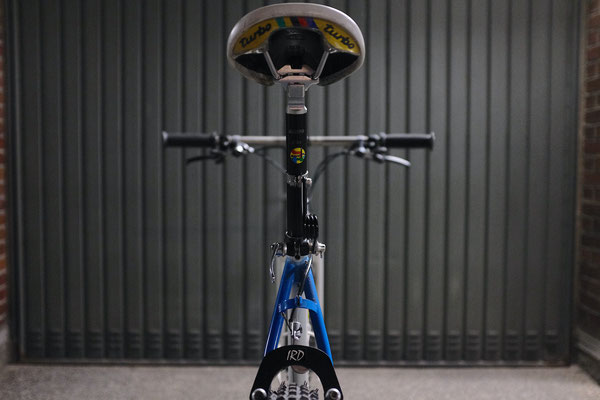 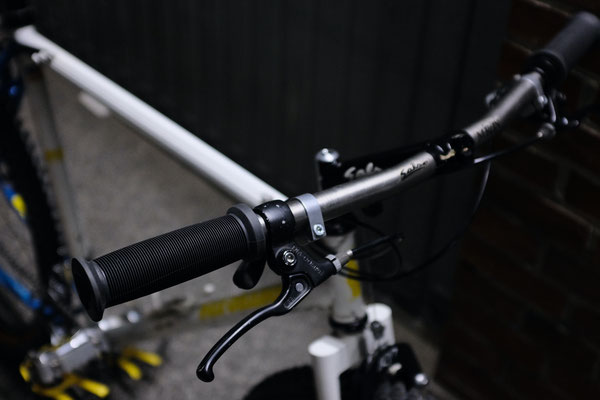 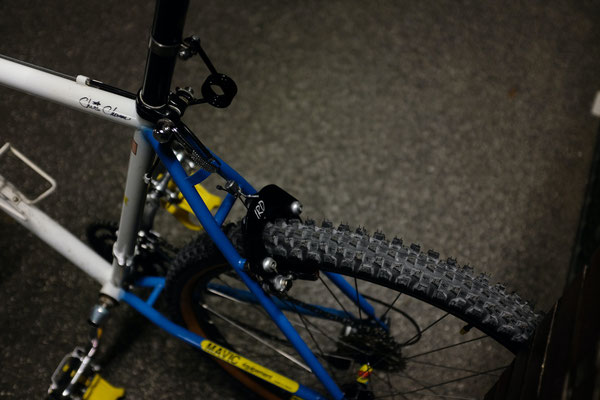 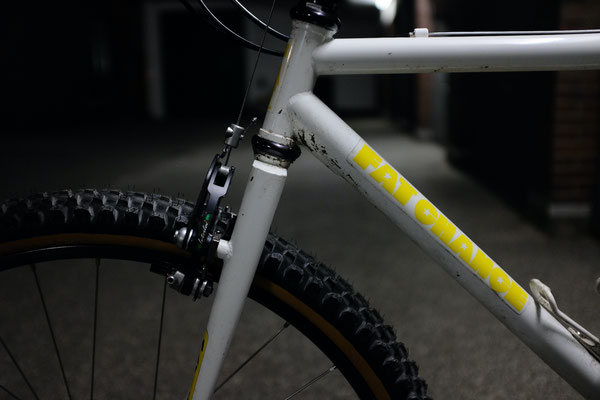