This section reports on two bikes, coming from a garage found from Brent Steelman's sales and marketing chief, Ray Schmal

They found the way to my collection via a Facebook community. Both bikes are worth nice other bikes, I had to trade in a Salsa a la Carter and a Merlin mountain with WTB parts.

Since this story is a very special, I´d like the full page to it -  I'm still in contact with the nice very guy; Thanks Will, l, told you to give them a special place.

This is the ad and some pics from Will's arrival at the place back in December 2017. 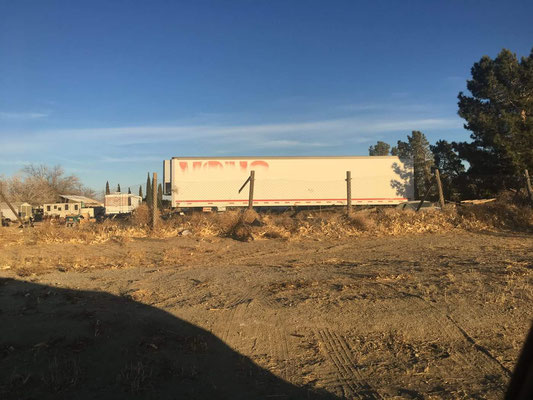 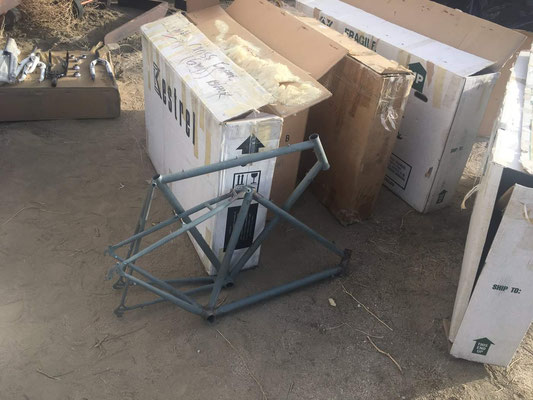 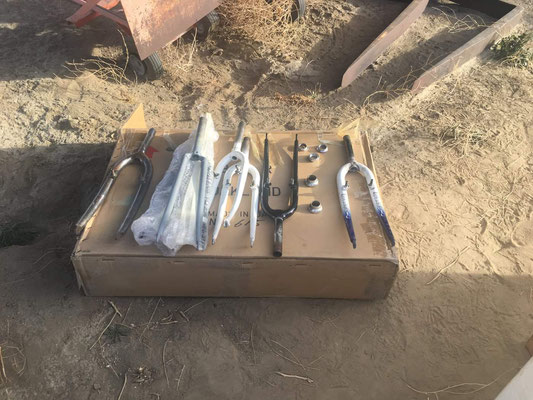 experiences from Will, the finder of the treasury

"The very nice couple that I bought this from were friends/neighbors of Ray Schmal...This is up in the High Desert in California. Rosemond is the town, its a desert town....nothing much up there, very scattered community…disconnected from the city etc....lots of people trying to hide away from the masses….anyway, Ray needed a place to store a trailer he had, and asked if he could park it on their land. They agreed, it was to be a few months only… that is a picture I took either on the day that I bought everything or mid week when I went to pick up the fork….Ray moved away and said he would come get it after he moved.....that was supposed to be the deal, just a few months....it was years. They never heard back from him. They tried to contact him. No leads. They now needed to sell their property… .So Ray was a partner with Brent Steelman. Steelman Ray. Mac was the name of their partnership I believe.

From what I can tell, Ray was on the business side of the bikes. He went to the trade shows and had all the display items. I assume he was the one that did the press photos of the bikes etc...He handled the promotions and was a serious rider too of course. I don't think he had a hand in making the bikes generally. Its kind of weird, I even have personal family pictures of him that were left in some boxes. I hope someday that I can return them to him. I am so interested to hear what Brent would say. Did they remain friends? Is Ray still around? etc....."