This little steerer tube says more than 1000words. Yes, its small, but 14"? I never saw such a little Ritchey before March 2018, when I was browsing a social network spotting this little friend.

And not only the size, but also the serial -

4P2 -from the first championship

Yes, it is the second he made (in this siz), most probably very soon after Ritchey turned the first time the World Championship. Look at the decal we all know turning later into 1991, 1992, 1993 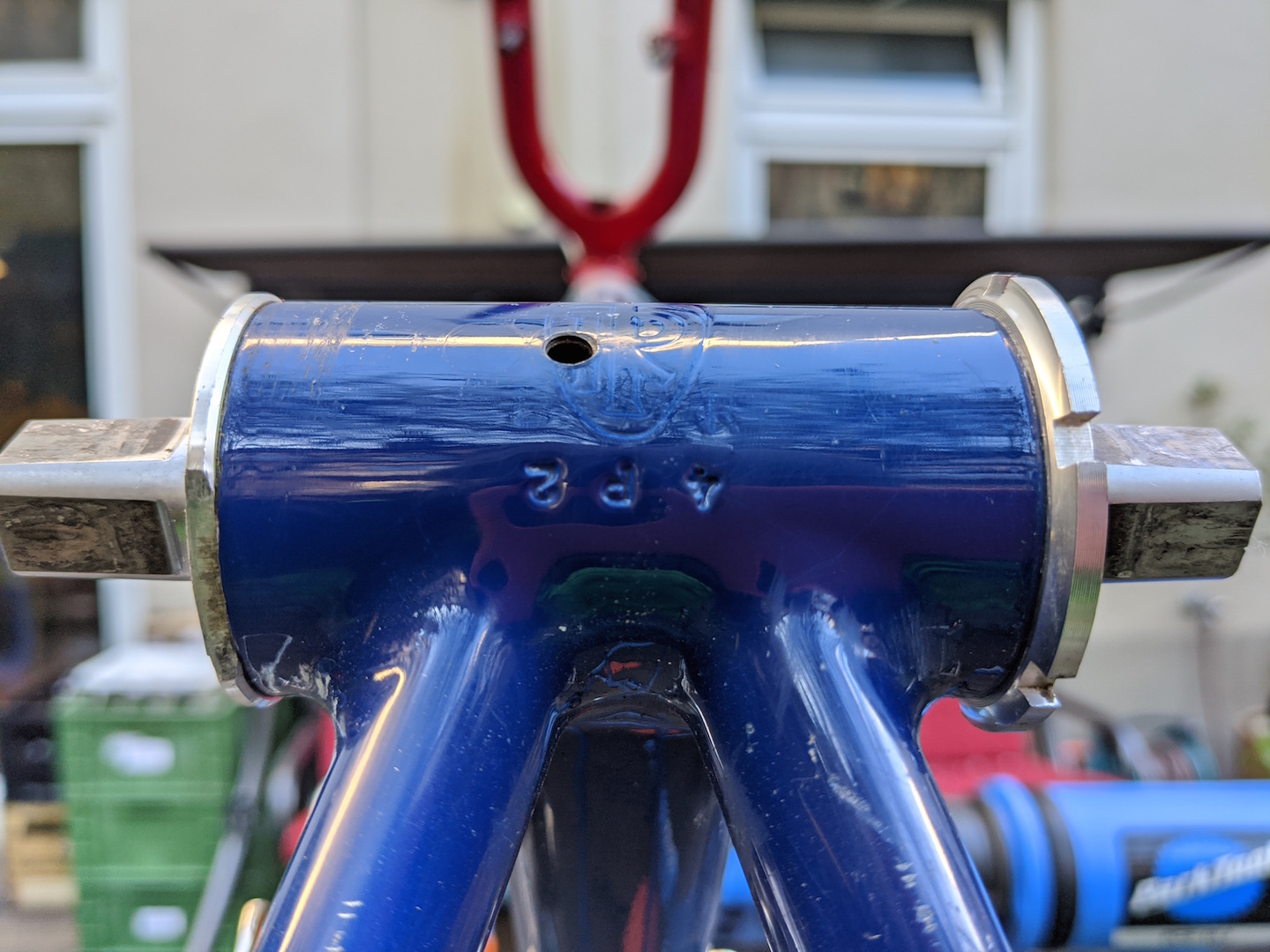 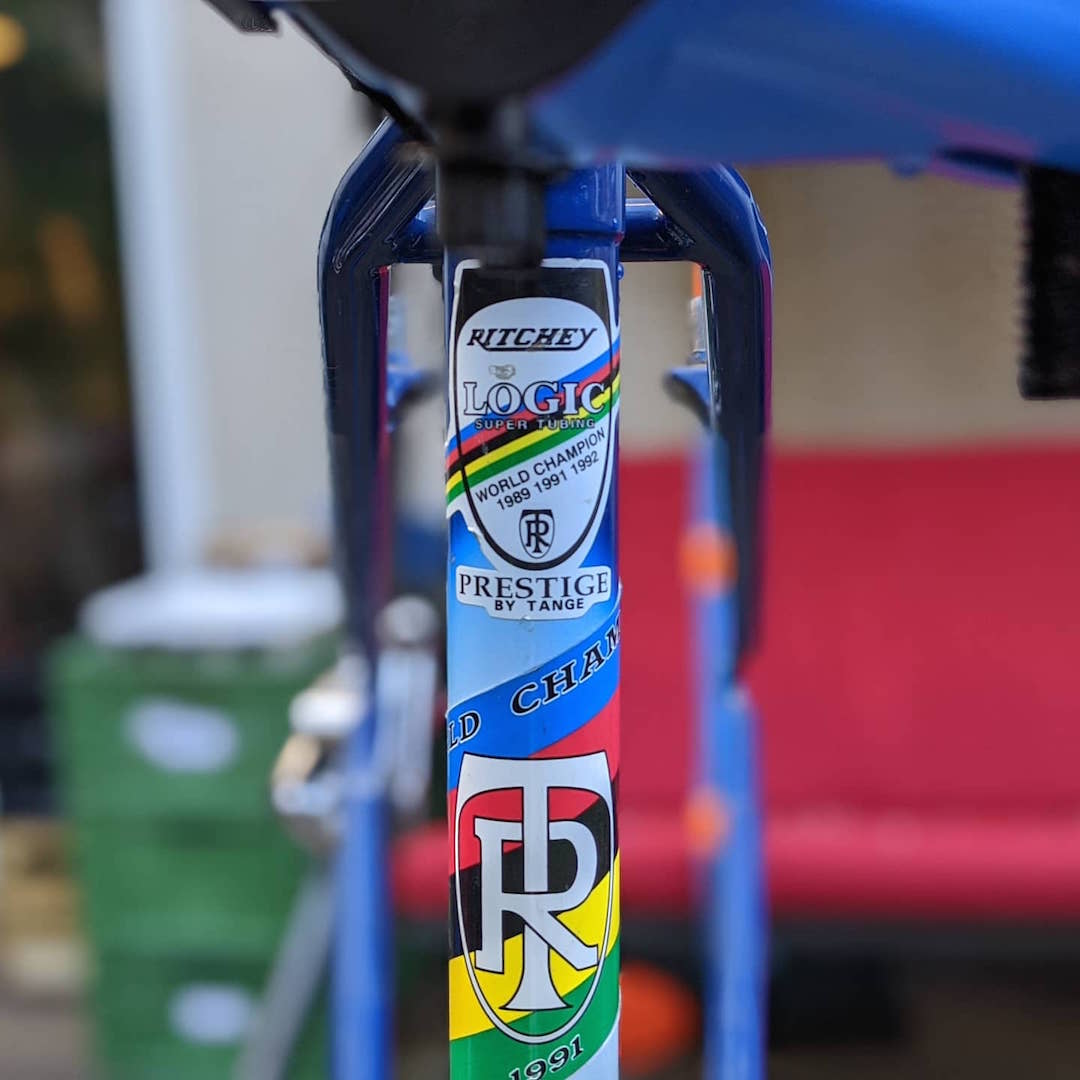 and, another interesting thing: The decal on the down tube indicates the story of this frame. Robinson Wheel Works. The owner Chris is a former Ritchey Mountainbike racer - http://www.robinsonbikeshop.com/about - and I Was told this bike was from his wife, but couldn't verify this yet. 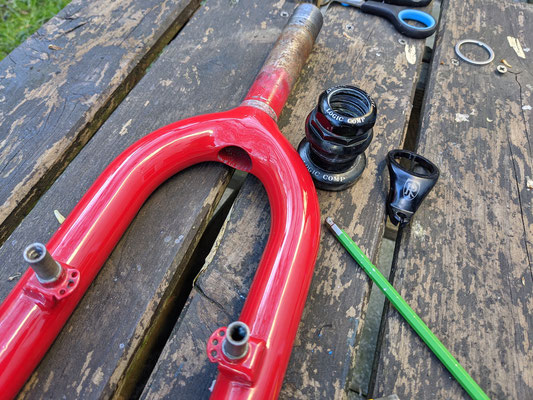 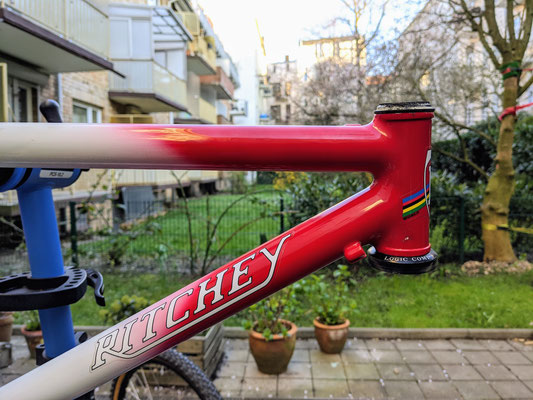 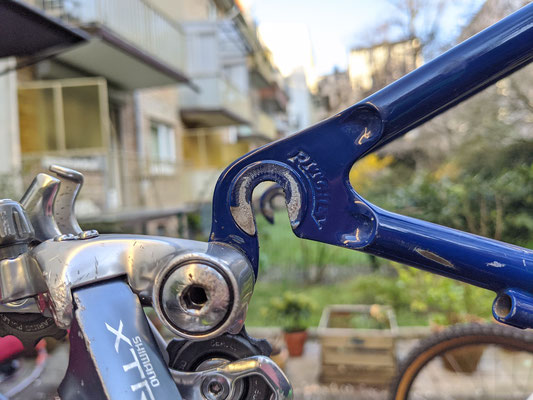 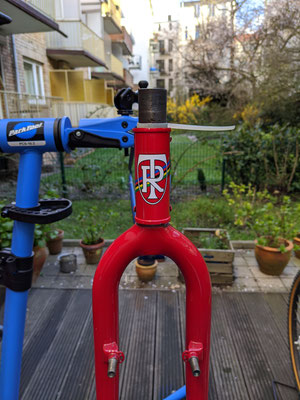 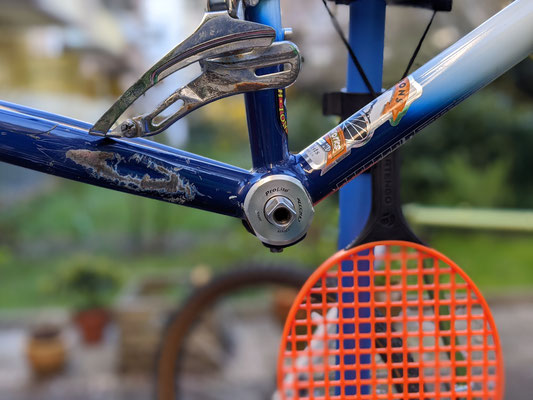 For those who read my other build write up realize, that I usually ride 20", especially Ritcheys. Ridable frames are one of my key criteria to build them. Yes, this definitively won´t be for me, its for my kid. It is going to be the first 26" after 6 years small wheels :).  and here was the plan, build a copy of my P21 Team WCS.

The Ritchey WCS champagne group is one of the most beautifulest group, well performing and I made it the last two years to collect them another set. Gearing has to be XTR M900, not only because I think this is the most performing shifting group from 92 +/-, also because my kid said, I want as many gears as you :). Here some impressions from the build 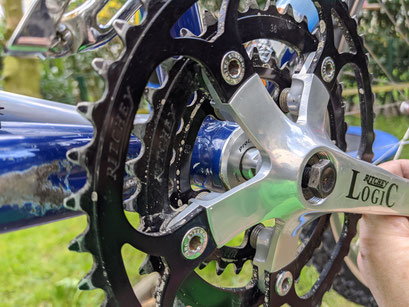 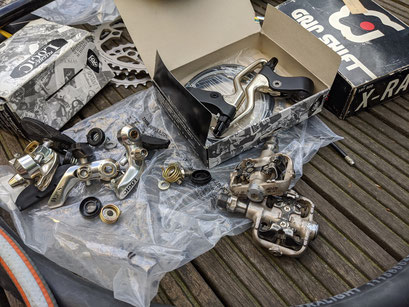 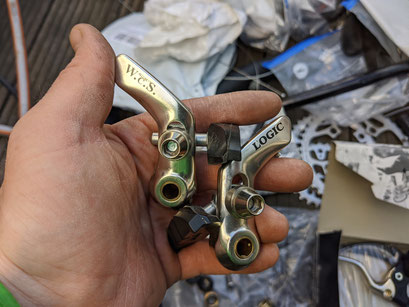 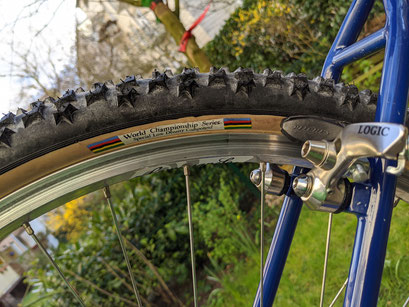 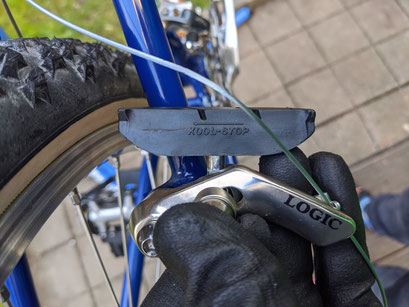 It was clear I had to use a bar with back sweep, so this was not catalogue correct for good. But there are also other parts I had to change due to the rider, my 8 year old kid. The second was the stem, the champagne beauty with its 140mm had to be changed into a hot 90mm Salsa,  also the brakes had to be changed to 4 fingers hence smaller hands need more fingers to brake with more back sweep, so I choose XT BL-733´s. 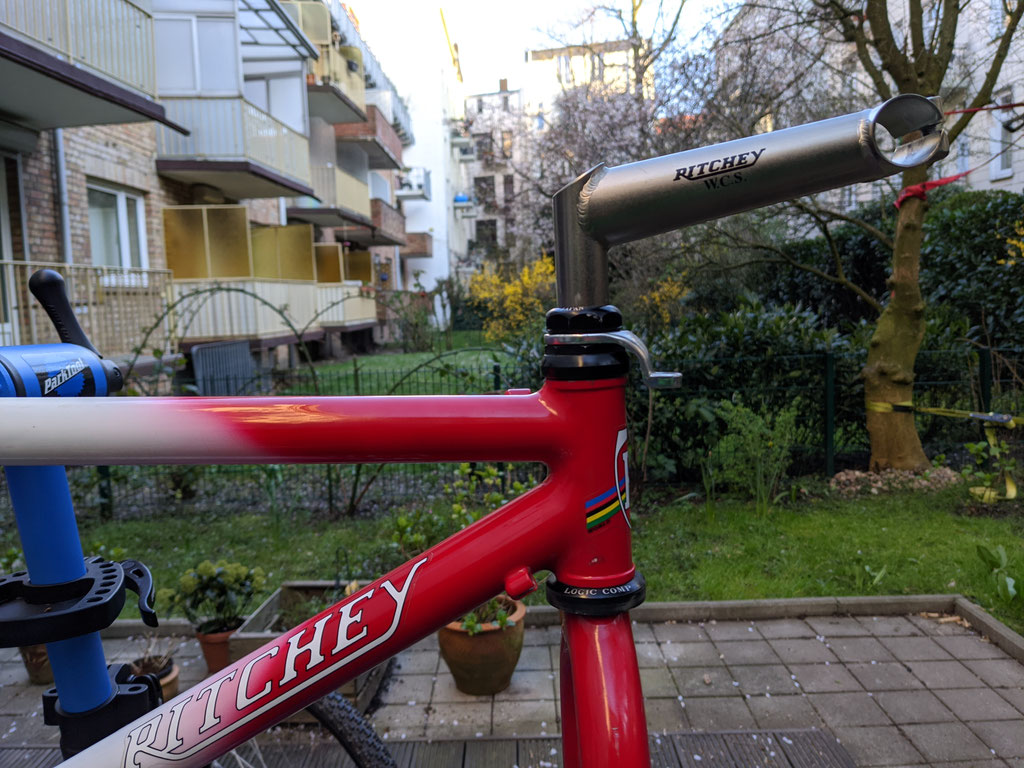 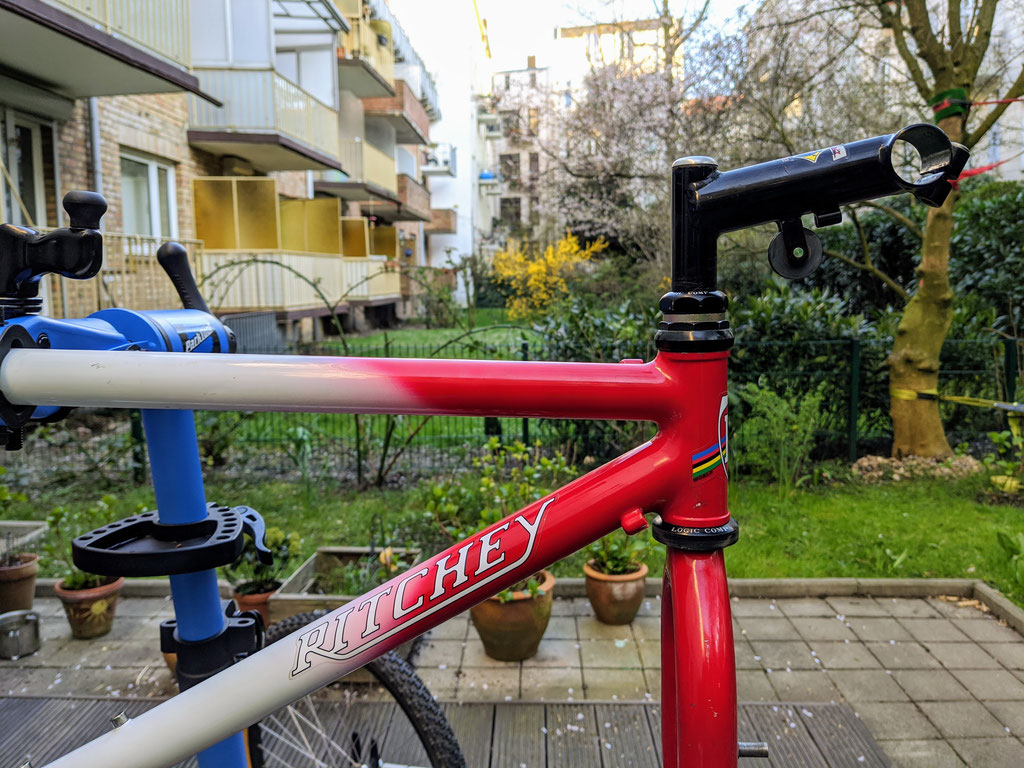 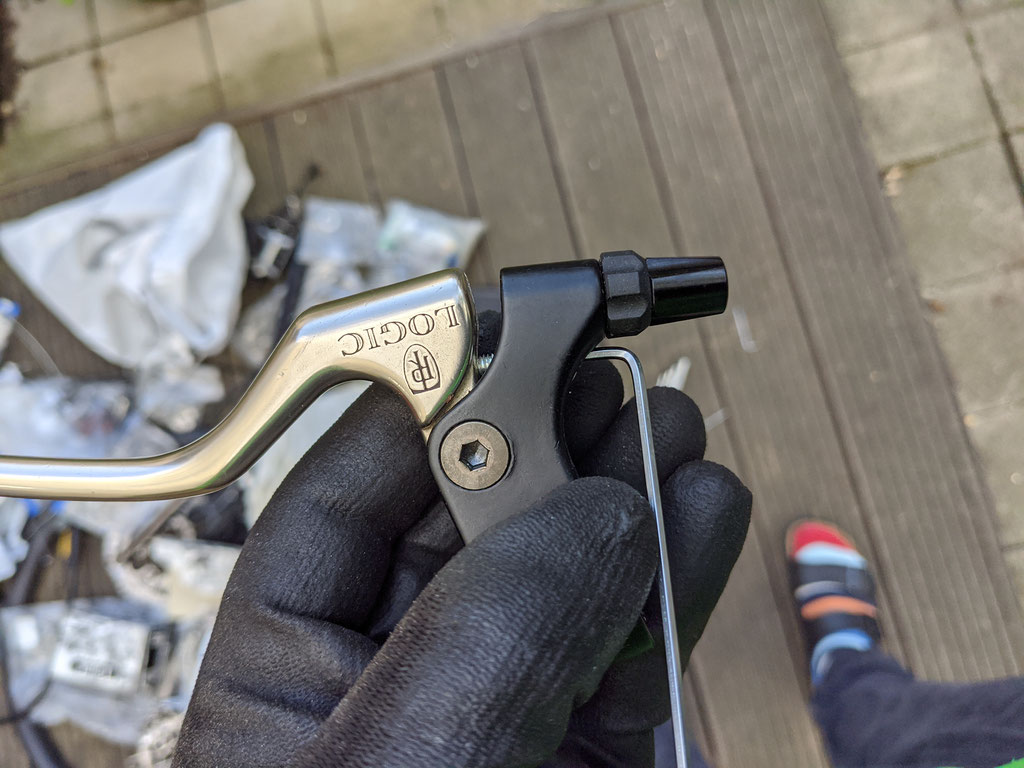 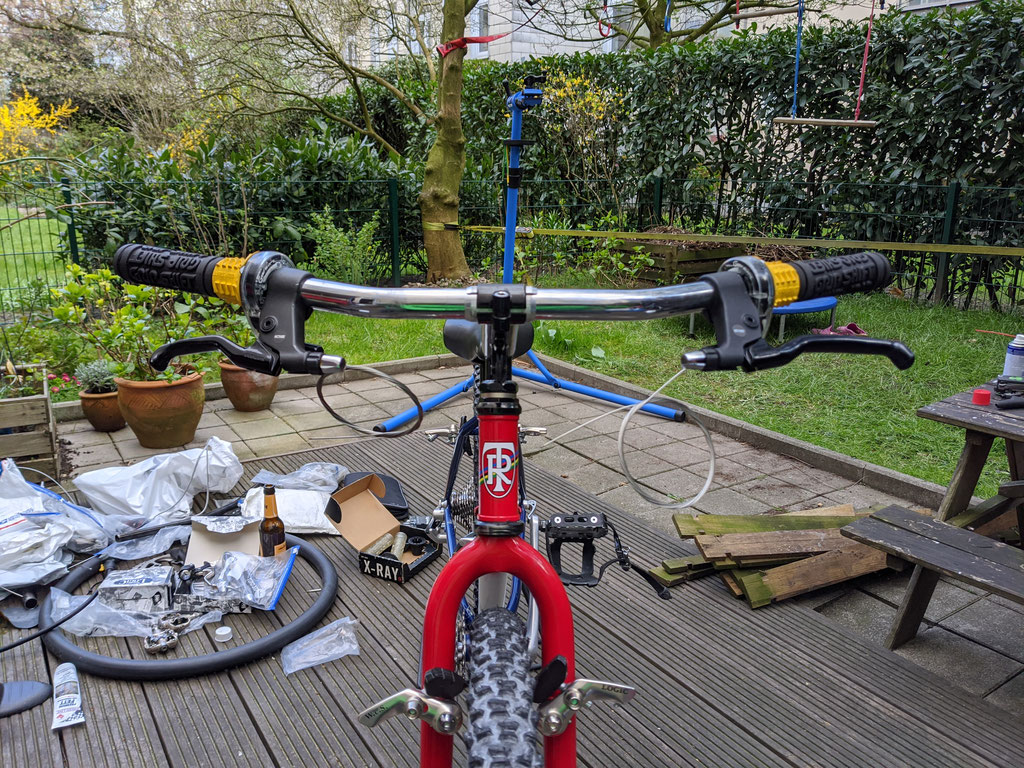 My kid had another clear requirement, Grip Shift. Ok, so then, here they are and with it was the cockpit ready (the white cable house won in the battle with time correct white, but ok, its not my bike)

Last but nit least, the Ritchey Forged was to long for my little, so I had to do what I never did before, cut a post. The 26.8 XT 730 had lost already quite some elox, so I could do it, again for good

The first ride had to be more than a Hamburg city ride, so we went to the close Harbug hills on the rivers other side (Hamburg Elbe). belive me, it was such a joy to see them riding (and I took the right jersey with me)

Impressions of #2 of the 14" Ritchey Project Team bikes 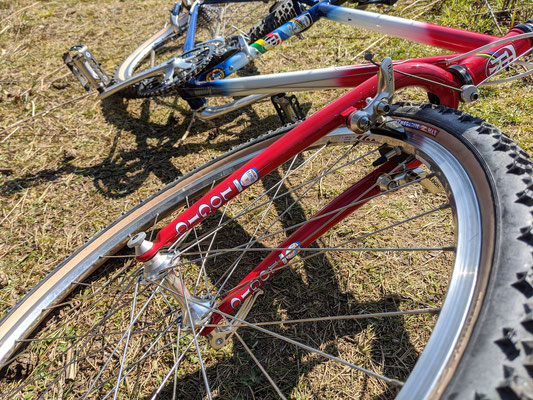 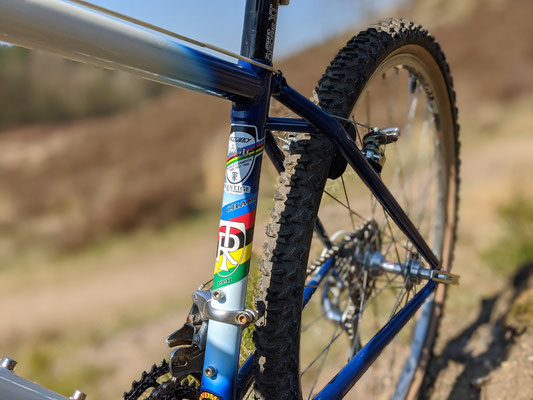