There are different reasons how one finds or gets found by a bike. This on here started with the 85 WTB Team one sizer dress, a jersey and trousers and the WTB blog article: WTb Throwback Thursday - https://www.wtb.com/blogs/wtb/10794269-throwback-thursdays-1985-norba-championships-team-wtb-suntour-santa-barbara-ca- The blog reports on the WTB Suntour / Potts bike team racer from 1985, Roy Rivers and Joe Pattersen beeing successful at the Norba champion ships and how they gave feedback during the races on the WTB part s to the innovator, Mark Slate sitting in his 1969 Pontiac LeMans, THE WTB team car. Such great times this must be, how exciting writing MTB history, at least afterwards, knowing they wrote it.

Back to the bike and jersey. One day on eBay, checking my standard searches, I couldn`t belive this shirt was for sale, so I snapped it and since then it became a trophy of the Steelfightsback WTB collection / workshop.

Not even a year afterwards, I had the same feeling chatting with a nice guy showing me a picture of this 1987 Steve Potts, beeing for sale. Immediately I though, I have to (re)union my jersey with this bike. Sure, Shirt 85 and bike 87, but it looked like the same!

History of the frame

I bought the bike and asked for its history afterwards, the seller did not know much, but gave me the contact to the previous owner. I was really thankful when this guy shared more on the history, which gave me also some more details to research. In advance, this is what makes Steelfighsback, research on the bike, connection to MTB history, restoration of iconic bikes and nice and calm people!,  appreciating all these aspects and other fellows, putting so much effort into projects non vintage fans hardly can understand :)
From the previous owner
"I bought the bike from Black Mountain Cycles back in 2009, not sure where he got it from but I assume he was selling it for a friend. It was in decent shape but a few braze-ons were crusty and it had a few chain suck marks. Black Mountain Cycles sent it to Steve Potts who replaced some braze-ons and added brass to some chain suck marks. He sent it to D&D to get re-painted in its original color.
The bike was missing some parts that I had to source. I have attached a spreadsheet Black Mountain Cycles created and that I updated of what the bike came with and what I had to find.
It sat at Black Mountain Cycles for years because it took a while to source the parts and because I just had too many other priorities in life distracting me. In around 2016, I sent Black Mountain Cycles the parts to build the bike and it came together beautifully except for one problem. The cable stop on the right chainstay (one of the only braze-ons Steve didn't replace) broke in the stand after building it up. So Black Mountain Cycles sent the frame back to Steve, and Steve decided to rivet a cable stop to the chain stay to retain the new paint job.
I rode the bike a few times and it was amazing, but a little large for me. I ended up trading the bike in exchange for a few things."

the 7 years build plan and restoration

Look at that spreadsheet, this isn´t just a hobby, this is professional and passion.

Here are some shots I got from the pre-previous owner. Continuing my research on some social media platforms and contact with BMC, I found some more posts from 2016 and learned that the bikes was hanging in the shop for probably 5+ years before it got build. Unfortunately no more information, but I got a fan from the archive of Black Mountain Cycles blog and flickr material - (https://blackmtncycles.com/blog/ and https://www.flickr.com/photos/46195580@N03/) 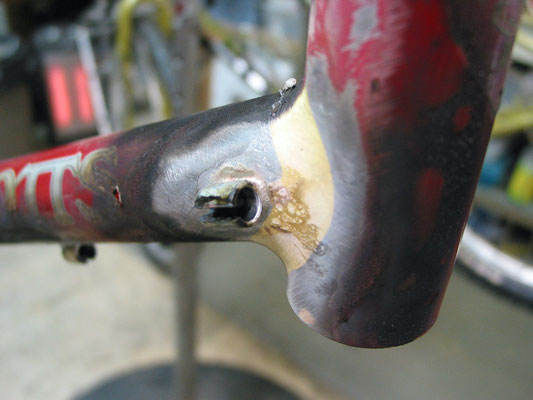 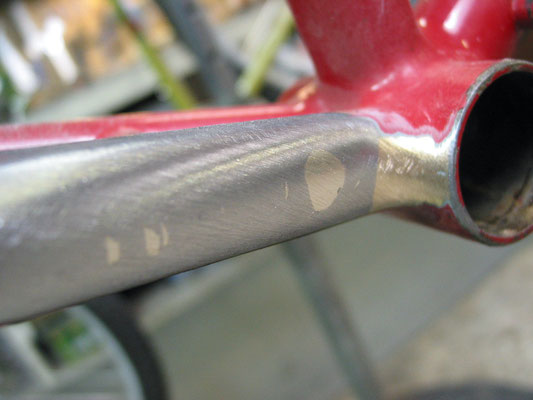 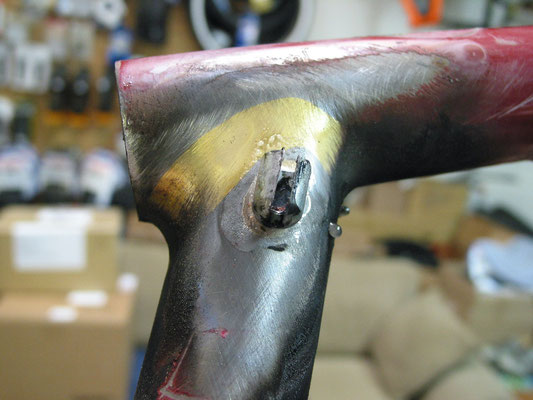 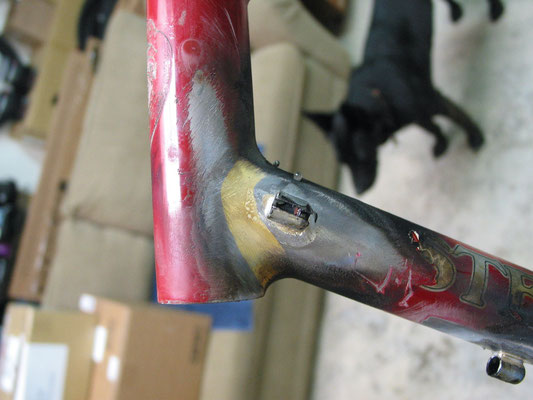 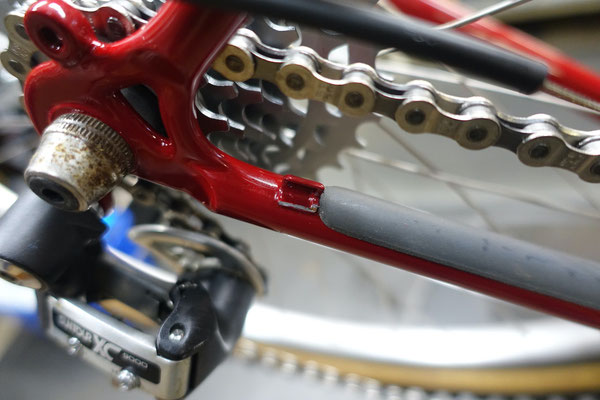 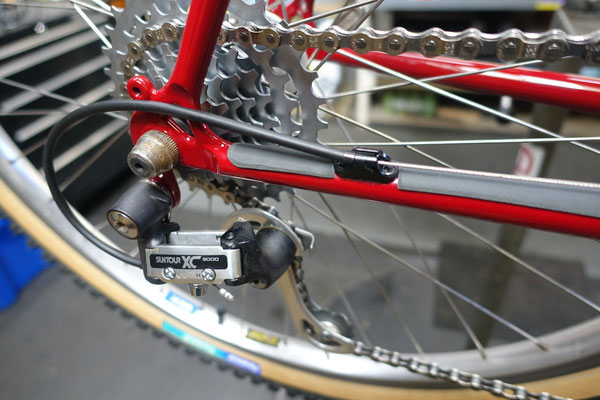 Arrival in the SFB VNTG garden 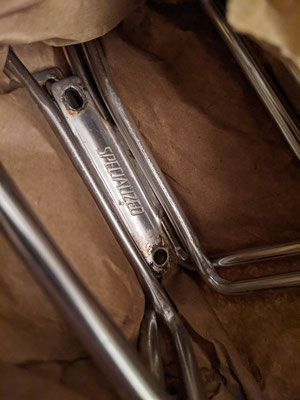 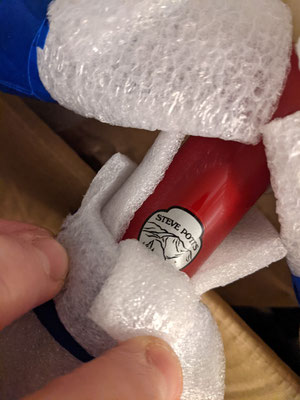 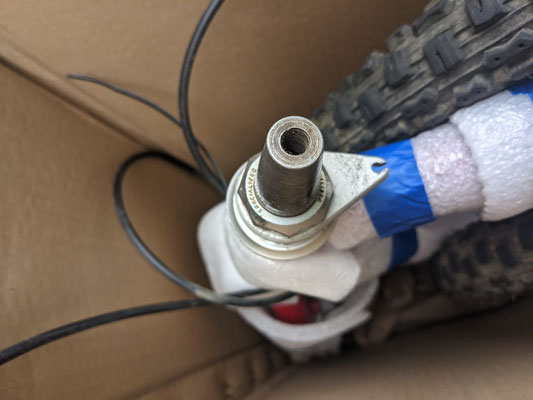 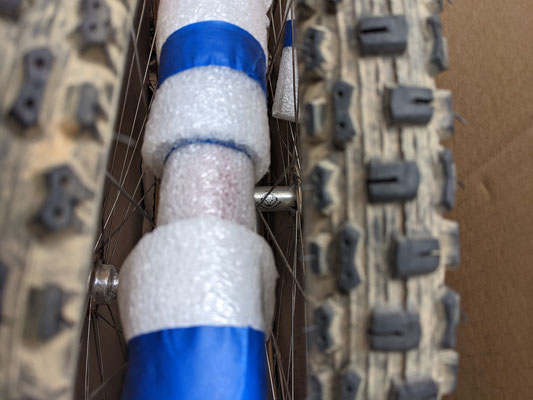 After unpacking I had to ride it straight away and PROST, so cool!

While waiting for the Potts, I found the cockpit I saw on the WTB blog from Roy, the full Suntour shifter and levers. I wanted to change the bar too and one more gem was here for a while: Suntour BMX pedals modified by Charley Cunningham. In addition the Specialized crank got Specialized rings and then the dot on the "i", the better stem. Recently I was lucky to find a longer Potts stem in the original red, more rise and length, which is very fortunate, because the top tube is proportionally short of the 21" frame. Here are some impressions from the rebuild. 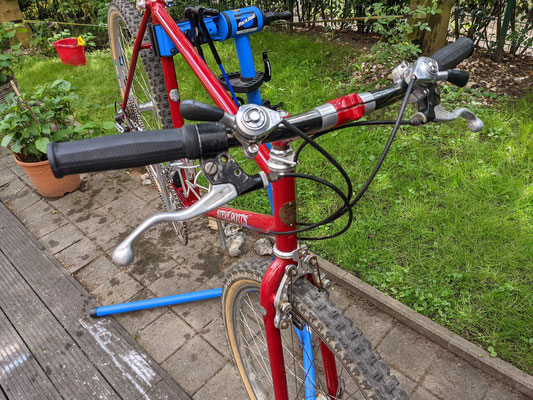 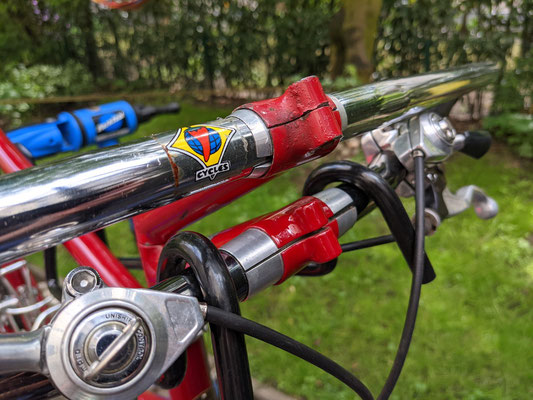 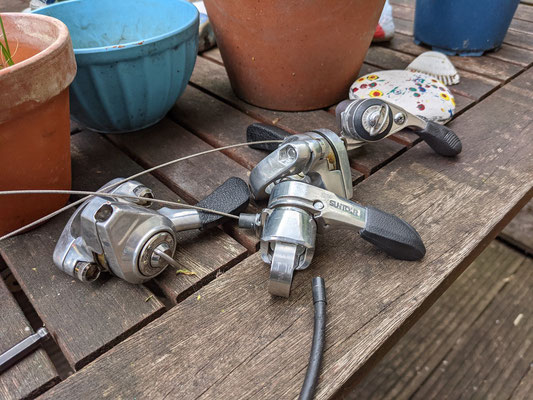 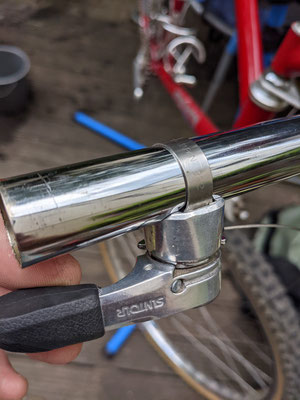 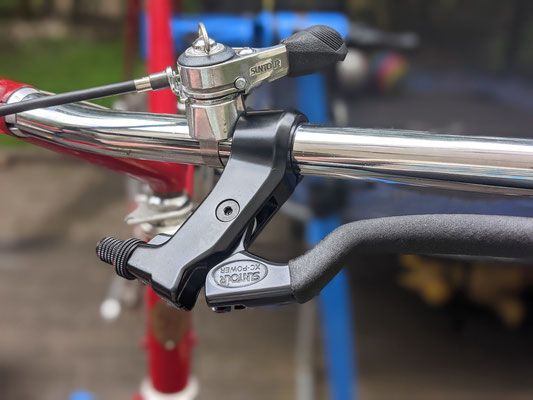 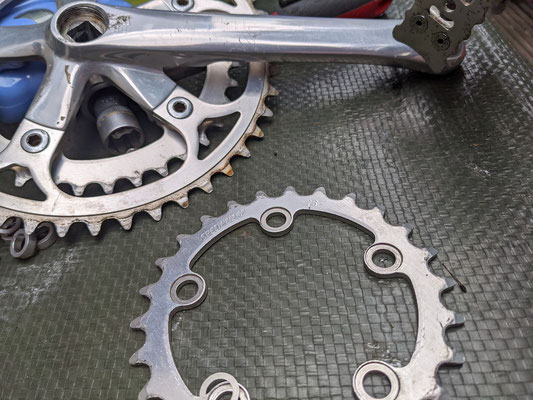 The final - a red Potts, replica of the Rivers 85 team racer bike 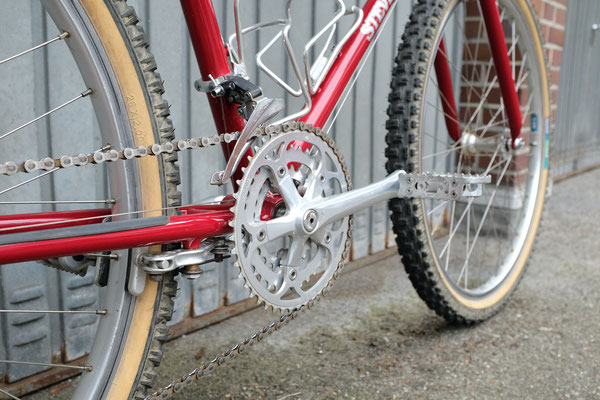 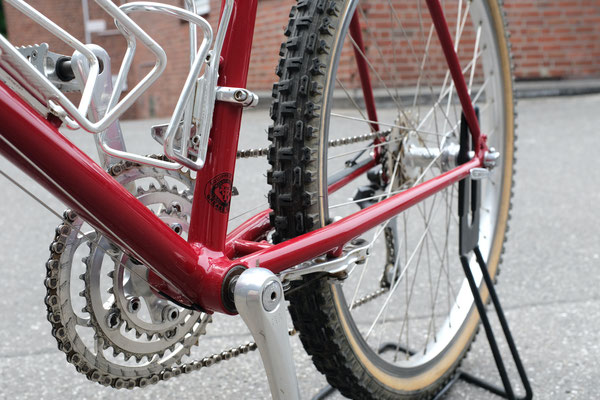 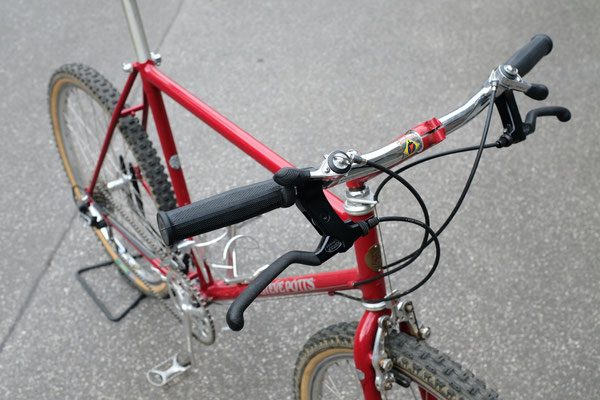 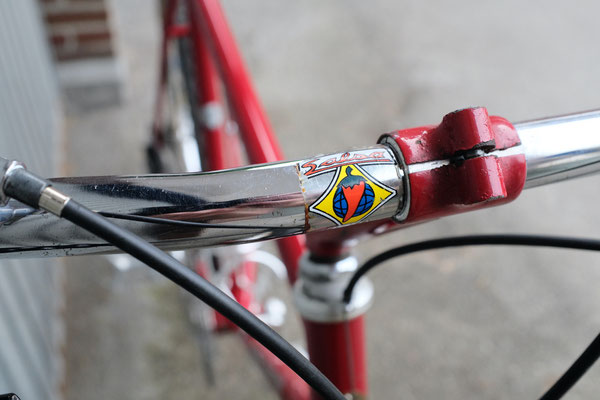 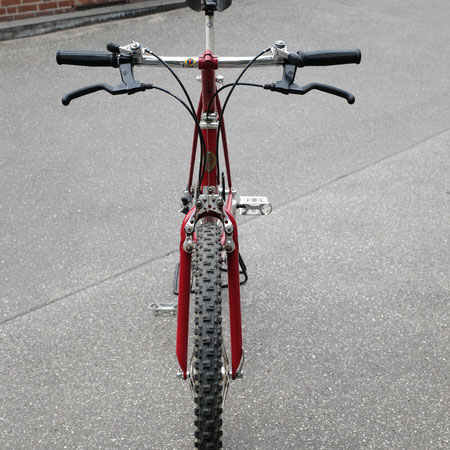 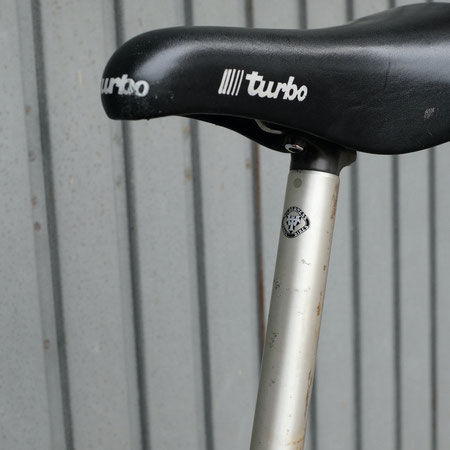 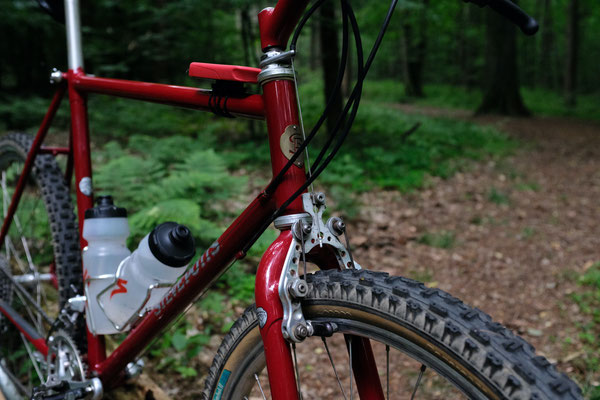 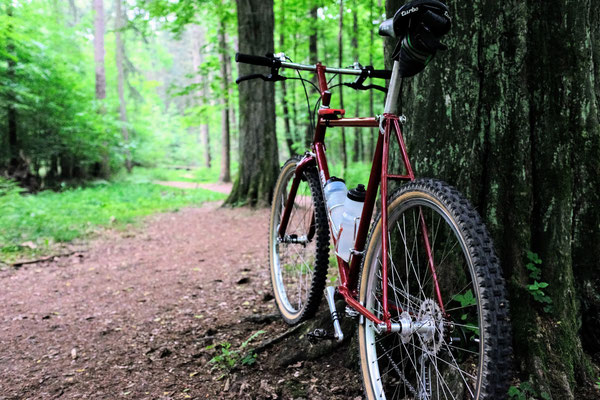 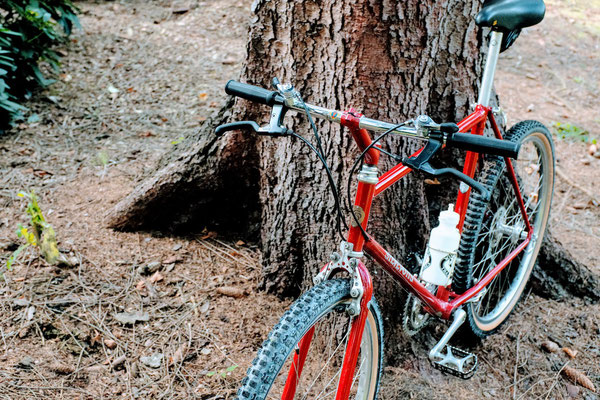 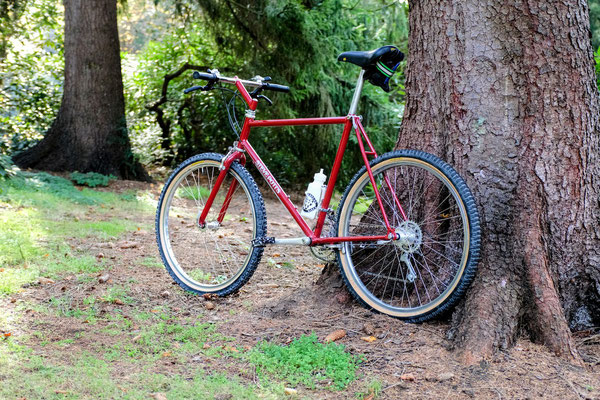